Wiggins Medical Transit, located in Clarksville, TN offers a variety of services that enables our clients accessibility to their needs. We offer customized packages for wheelchair, ambulatory, and other demobilized clients with special needs. Get your custom transportation needs around Clarksville, Nashville, Fort Campbell, Hopkinsville, and even out of state.

Our services are clean, professional, and reliable. We specialize in the transport of disabled and special needs’ consumers with the utmost care. 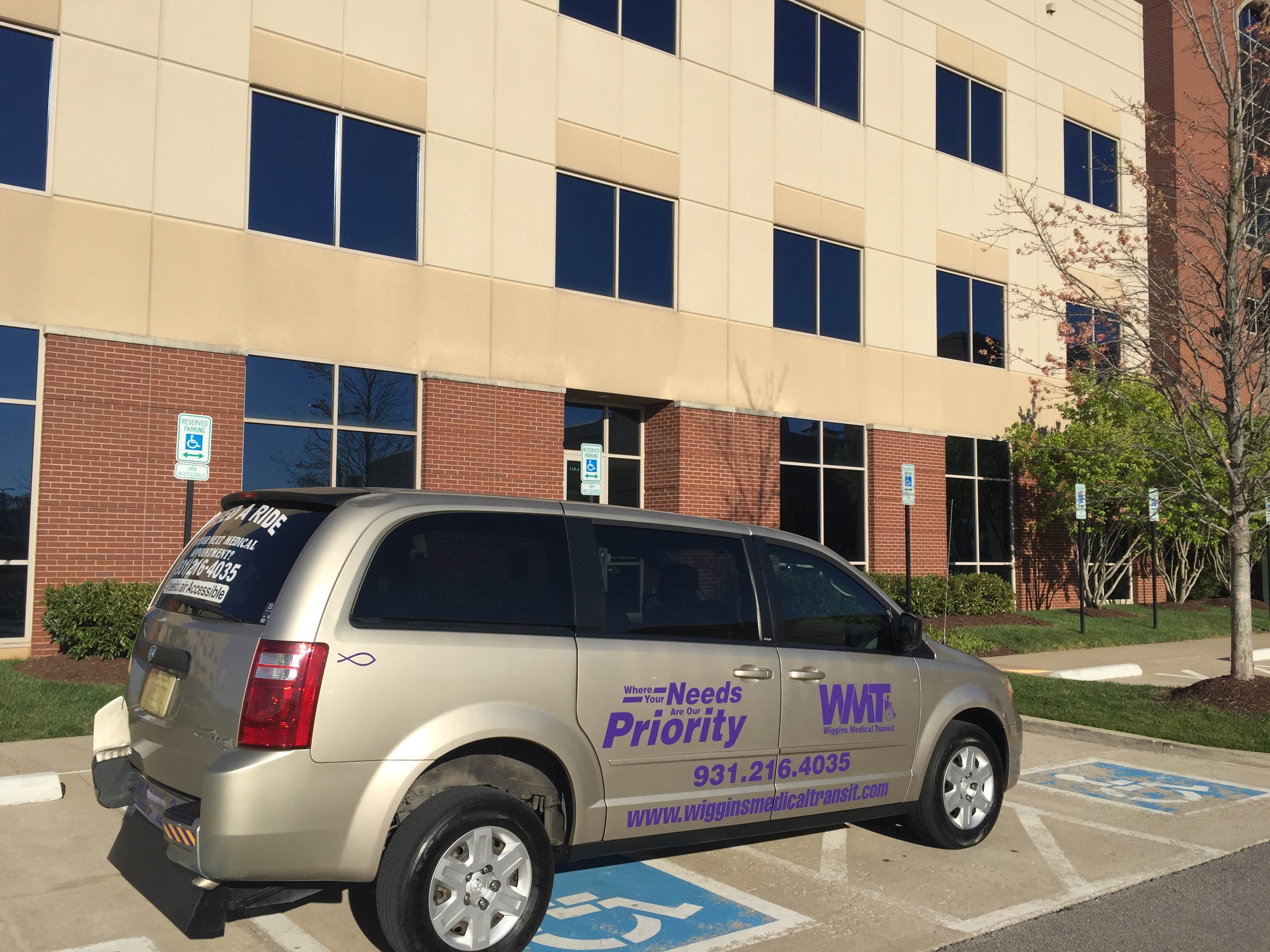 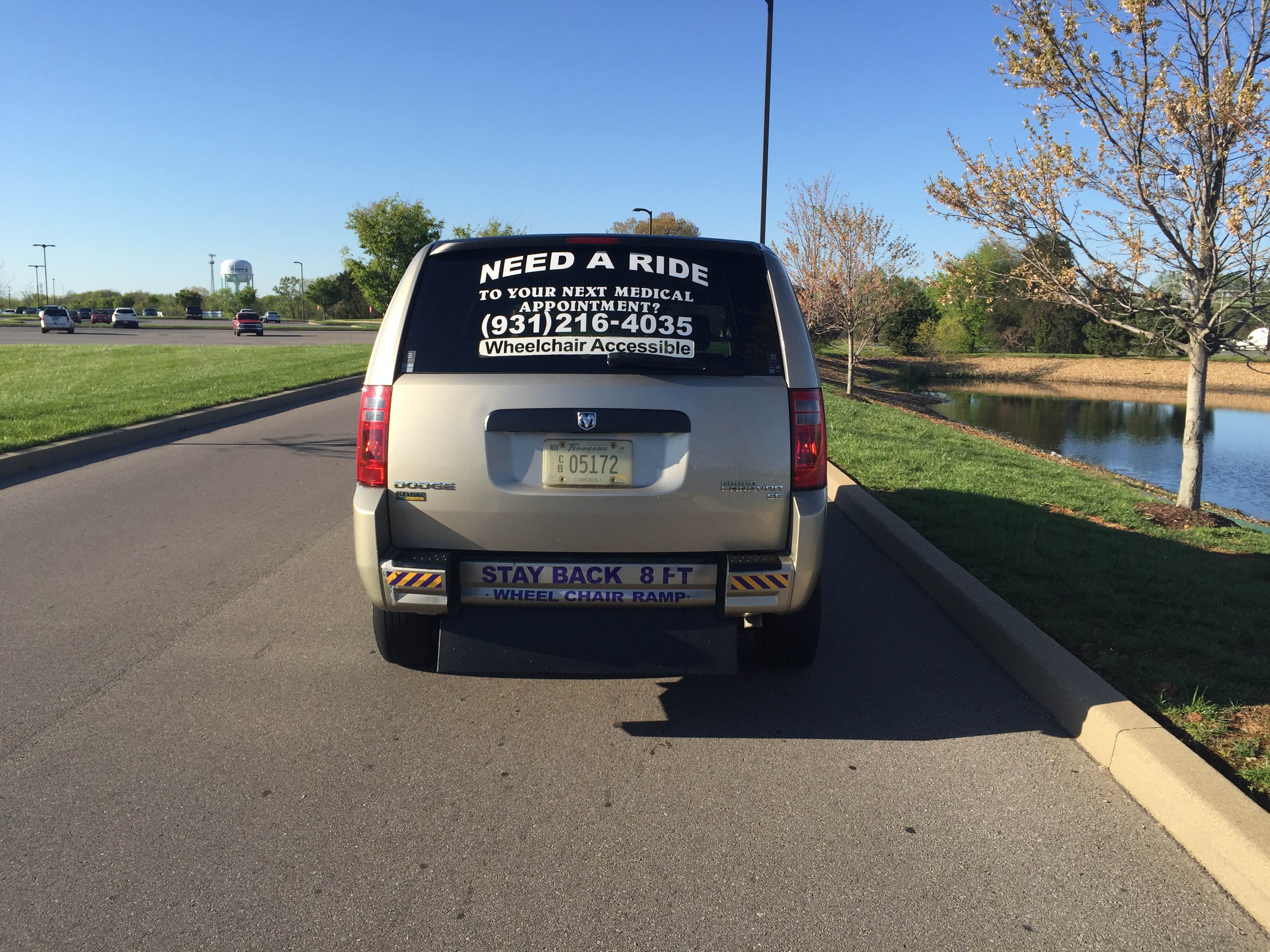 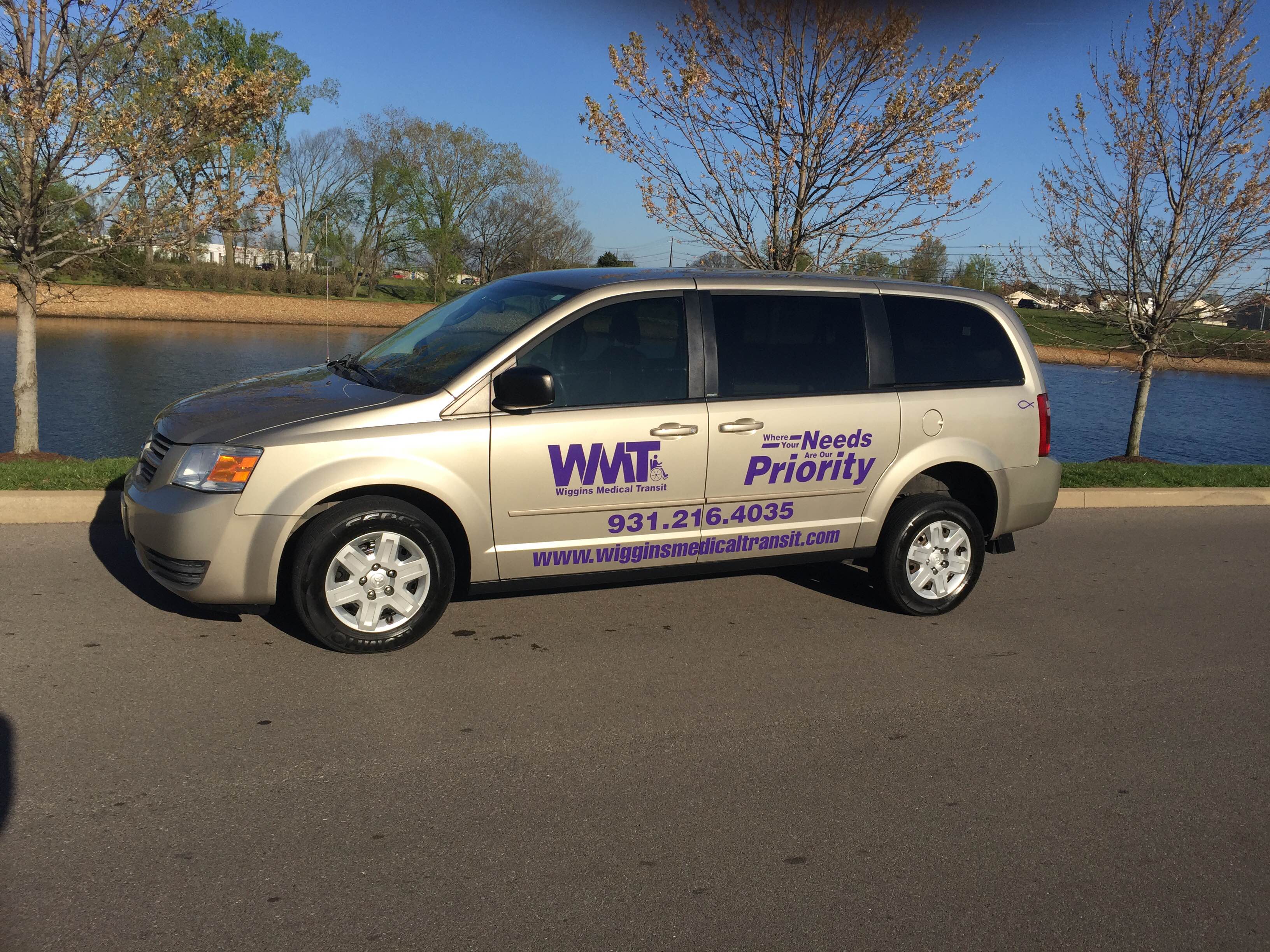 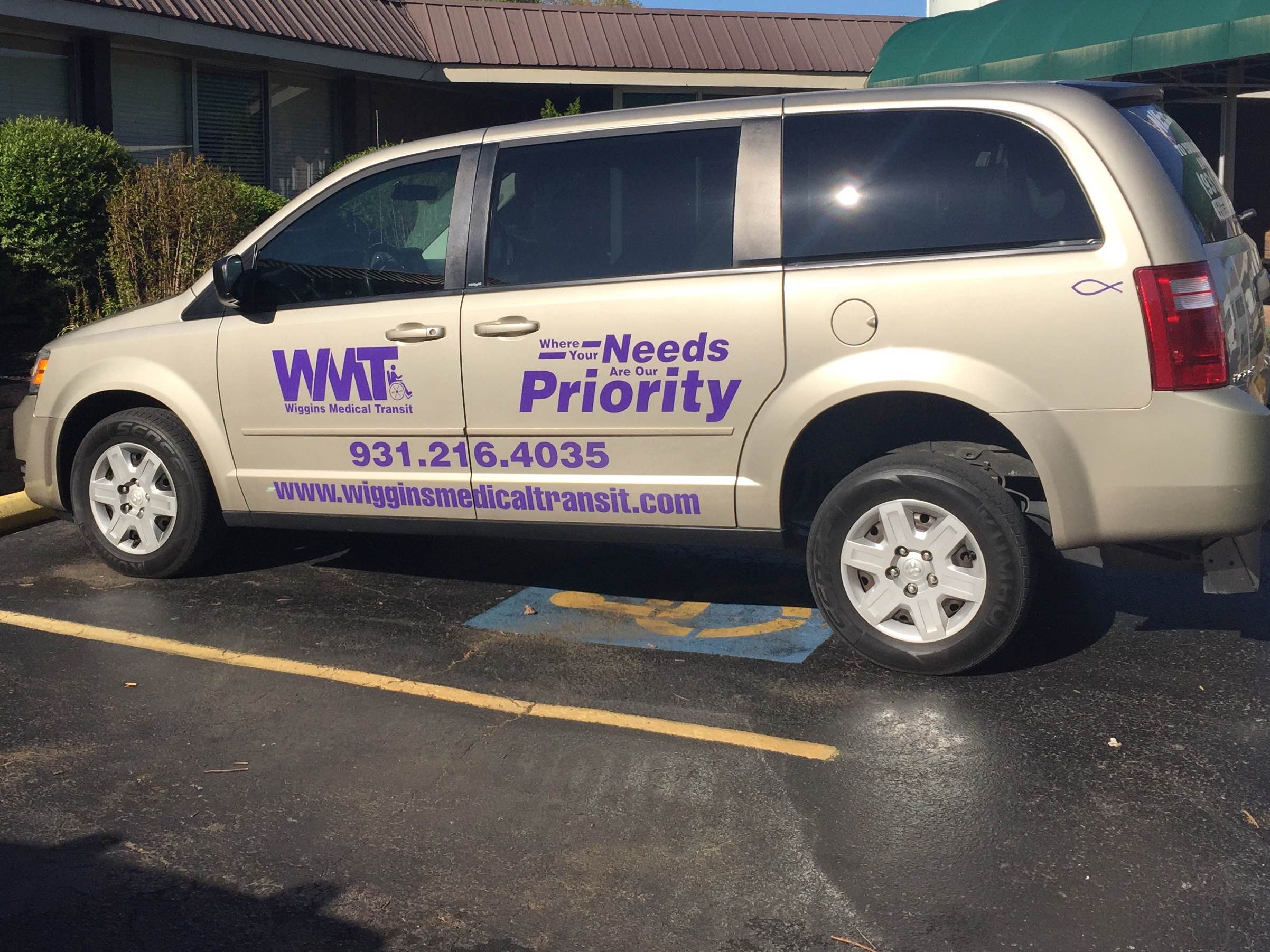 Please fill out the form below with your information and a short note and we will get back with you as soon as we can.

In December 2010, Wiggins was laid off his job due to economic downsizing. During this period, Wiggins decided to be patient and be choosy before making another employment commitment. He wanted to be certain that the next organization he decided to commit to would be there for him as he has been for them going forward.
In July 2011, Wiggins’ father had a stroke, paralyzing his left side leaving him unable to walk. The Wiggins family leveraged a myriad of service oriented organizations to get him to his appointments. What was surprising was the lack of options. In most cases, there was a 2-3 hour wait time for the transportation company to pick him up, on either side of the appointment. These lengthy wait times seemed to be the industry standard which was heartbreaking & appalling.
His father said “No one should ever have to go through this. There is probably someone in your city going through the same thing.”
When you get older or disabled, sometimes people forget about you and don’t have time to take care of you as you need”. As Wiggins travelled to and from Georgia to care for his father, he was encouraged by his words to do an inquiry of the transportation service in his city. Mr. Wiggins was right. There was a need in Clarksville, TN.
In January 2012, Wiggins Medical Transit was born.
Wiggins’ father was proud to know he was doing something to help make a difference in the lives of people with disabilities and the lives of older people, including those who may not be seniors but have special needs. His advice was to remember the fruit of the spirit which include love, peace, & kindness (Galatians 5:22-23). On July 31, 2013 his father, Mr. O’Neal Wiggins Sr. passed away peacefully at the age of 93. Not a day goes by that Wiggins says he isn’t reminded of their many conversations to which he owes Wiggins Medical Transit’s existence. ”
Thank you Dad for your loving inspiration”. This company was birthed out of your tutelage & guidance.
Your Son & Proud Owner,
O’Neal Wiggins, Jr. 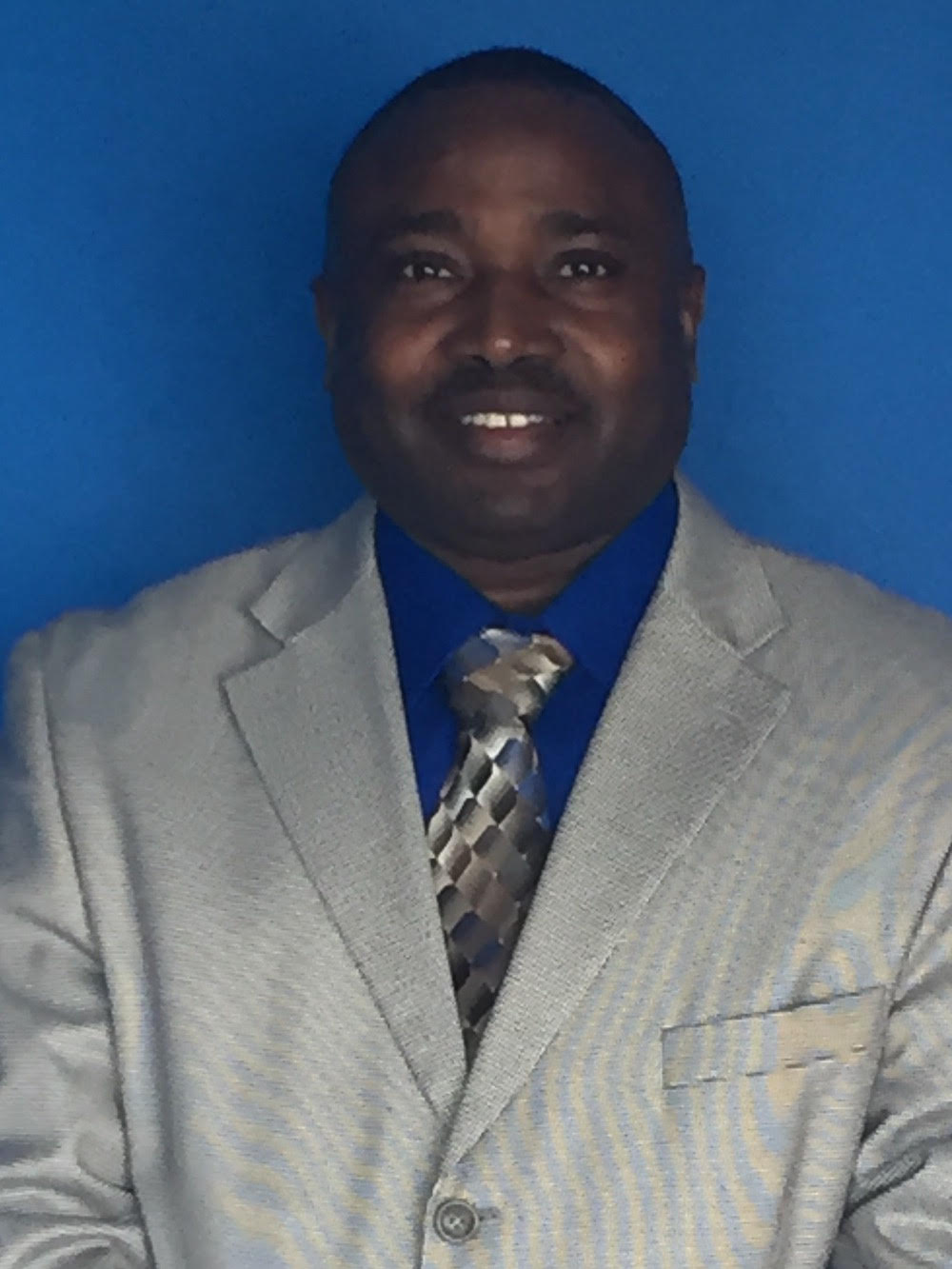 A native of Southwest Georgia, Wiggins is a retired United States Army veteran; and has resided in Clarksville, TN for over 20 years. He adheres to the core values of professional service delivery, loyalty, and integrity. He enjoys serving others. His myriads of military leadership abilities afford opportunities to share his experience in meeting others’ needs while making a difference in his community. This is demonstrable through his commitment of giving back to his community with selfless gifts of time through promoting his spirit of volunteerism.

I have used Wiggins Medial Transit now for the past year. I feel very blessed to have such professional transportation for my Special Needs son, who they take to school on a daily basis. The drivers are extremely courteous, always on time, profoundly professional and caring. The owner, Mr. Wiggins, even checks in periodically to make sure that he and the other drivers are providing the professional services that I, the client, expected. I assured Mr. Wiggins that he and the other drivers have not only provided such wonderful service, but they have gone above and beyond all that I expected. My son looks forward to riding with Wiggins Medical Transit every day. He wakes up and says “School, Mom. Mr. Wiggins”; and he always has a great big smile on his face. I trust them with transporting my son, and that is not a gift I readily give to anyone. I’d recommend Wiggins Medical Transit to anyone and guarantee that they won’t be disappointed with the professional service.

Mr. Wiggins and his staff helped me when no one else could or would. My wife is wheelchair bound and needed to get to her appointments. We could not find a company who would accommodate us or that we felt comfortable working with. The moment which is most memorable to us is when we asked Mr. Wiggins if he would transport us for non-medical reasons. My mother-in-law had passed away. He absolutely accommodates us with the utmost respect. We only think of Mr. Wiggins and Wiggins Medical Transit for our needs. He is trustworthy.

Over the past couple of years, I have had the privilege to work with Mr. Wiggins & his staff. Not only is he a true professional but especially considerate of the individual needs of his passengers. He and his team are personable, upstanding, and most of all, reliable. Without going into too much detail about my specific situation, I attest that there is no other transportation provider who takes the interest of their clients to heart over making a profit his primary goal. My family & I trust O’Neal Wiggins and Wiggins Medical Transit exclusively.
Please do not hesitate to contact me if you have any questions or thoughts.